Bulgur – What is a Bulgur, Benefits and More 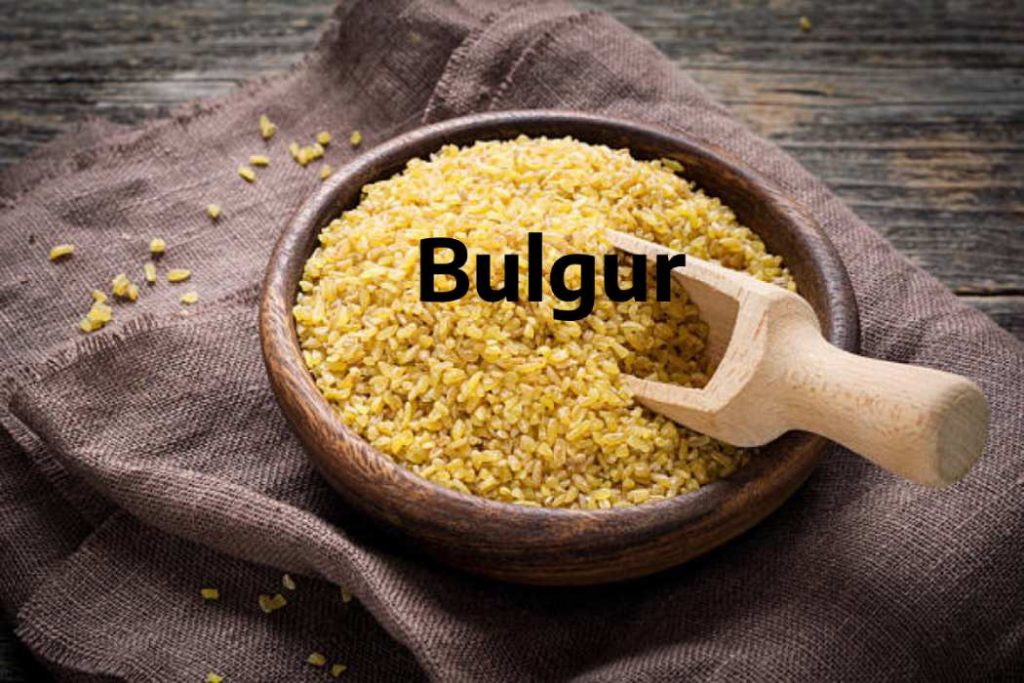 What is a Bulgur?

Bulgur is essentially a dried wheat grinder after boiling, grinding and sifting, and has long been known to ancient Egyptians in particular, with high nutritional benefits and values, listed under the list of complex carbohydrates and used in many Mediterranean countries as a rice substitute.

Depending on the high nutritional values of bulgur, it has many benefits for the human body, including:

The benefits of Bulgur for the Digestive system

bulgur contains a high amount of dietary fiber, it is very useful in:

The benefits of Bulgur in Weight Loss

Thanks to its rich fiber-rich bulgur content and as a source of protein, it is:

It helps significantly fill the stomach in a short time and helps increase the sensation of fullness.

Helps reduce the amount of food consumed later, thereby reducing the number of calories inside the body.

Therefore, bulgur contributes to weight loss is included in diets as a healthy alternative to other starches, such as rice, white bread, and pasta.

Eating bulgur as an alternative to simple starches, such as rice, pasta, and white bread, helps:

Regulating the blood sugar levels of a diabetic due to its high nutritional fiber content.

Control of insulin ratios in the body.

The Benefits of Bulgur in Lowering Cholesterol

Studies and research have found that taking complex starches and whole grains in particular, which are a high source of dietary fiber, contributes to reducing the body’s LDL cholesterol by linking to it and ridding the body of it, contributing to the prevention of atherosclerosis, strokes, and strokes.

The Benefits of Bulgur for the Cardiovascular Health

The bulgur content of minerals beneficial for cardiovascular health is what makes it a healthy food suitable for the circulatory system, because bulgur:

Contributes to strengthening the strength of the heart and arteries and protecting them from clots.

It is an important source of iron for the formation of hemoglobin in white blood cells and the body’s prevention of anemia.

The Benefits of Bulgur for Pregnant Women

The importance of pregnancy is due to the following:

It is a rich source of many minerals important for fetal and pregnant growth such as zinc, iron, manganese, and potassium.

It is an excellent source of folic acid, which is very important for the following reasons:

Protecting the pregnant woman from anemia.

To enhance her immunity and the immunity of her fetus.
Support fetal development, especially his nervous system cells.
Protect the fetus from neural tube abnormalities that may result from its deficiency.
The bulgur’s dietary fiber content helps prevent pregnant women from constipation or hemorrhoids and enhances their digestion.

The Benefits of Bulgur in the Treatment of Anemia

Iron plays a key role in the formation of hemoglobin, which is involved in the production and deficiency of red blood cells leading to anemia, as well as for some B-group vitamins such as folic acid (B9) pantothenic acid, which plays an important role in metabolic processes and enhances the functioning and formation of red blood cells.

Thus, the richness of bulgur with these elements makes it an important food against anemia and promotes the health of circulation.

It is a complex carbohydrate with high nutritional values:

Every 100 g of cooked bulgur supplies the body with approximately 150 calories and a high amount of dietary fiber, vitamins, and minerals.

Bulgur is a Source for:
Iron, phosphorus, zinc, manganese, magnesium, and potassium.
Vitamin a and b vitamins.