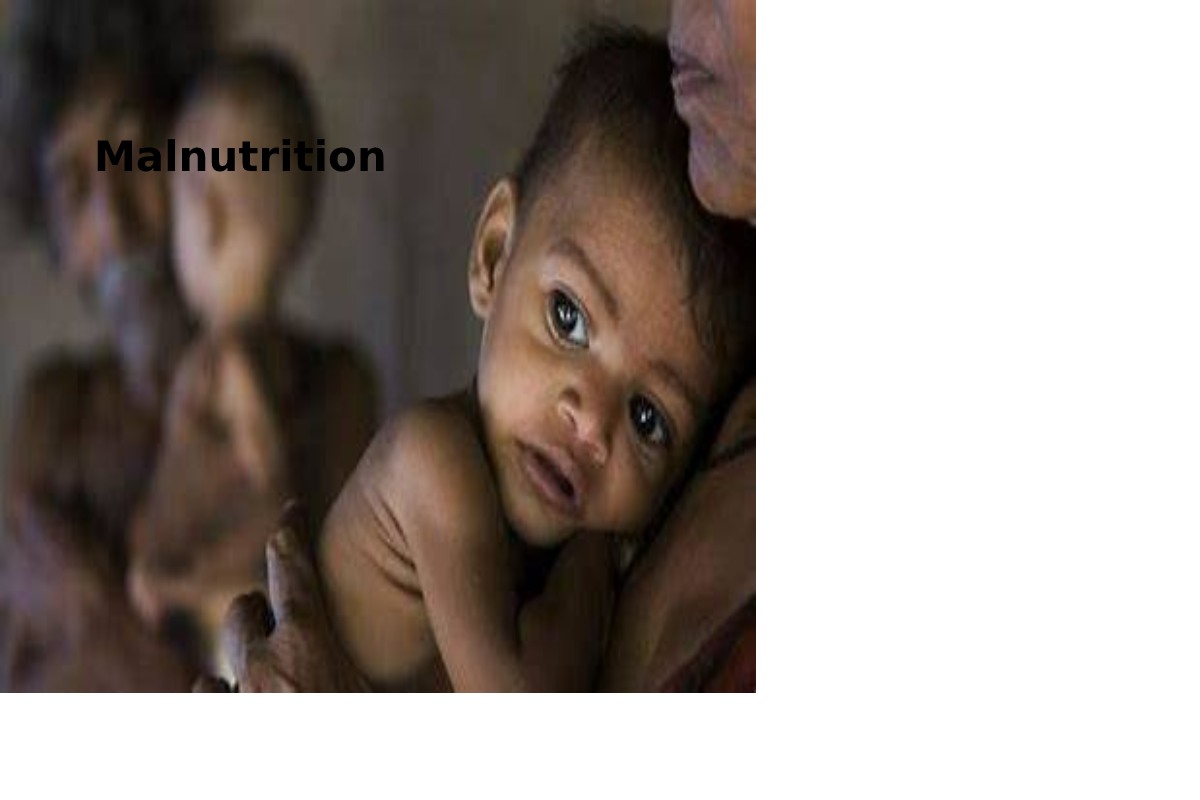 When we think of malnutrition, the first thing that comes to mind is lack of food and hunger. The images that are likely to come to mind are those of fragile children who barely have the strength to stand upright.

Images usually go around the world when a nutritional emergency occurs, as already happened in Ethiopia, Somalia, or the Horn of Africa. Currently, more than 200 million children worldwide suffer from some form of malnutrition.

But malnutrition, which is behind the deaths of around 7,000 children every day, results from a more complex process.

A child suffering from malnutrition has not only not had sufficient food, but what he has ingested did not have the necessary nutrients for his development. However is not limited exclusively to a question of food.

Poor care or the accumulation of infectious diseases are two elements that are always present in cases of child malnutrition. Thus, the lack of food the lack of care, and the appearance of infections generate a vicious circle that can end a child’s life. And even more, at the origin of everything are the primary causes, including social, economic, and political factors such as poverty, inequality, or lack of education.

Malnutrition has a devastating impact on children’s lives in the short and long term. The effects on your health are evident, as it multiplies the chances of suffering from diseases such as pneumonia, diarrhea, or malaria. That is where is one of the worst enemies of child survival.
When a natural disaster, a drought, a flood, or a conflict occurs, the most significant nutritional emergencies are generated, as happened in Ethiopia, Somalia, the Sahel, or the Horn of Africa. It is then when all that remains is left but to attend to the needs of children urgently and immediately
A child suffering from severe serious is nine times more likely to die than a child whose nutritional status is normal. Their weakened defenses cannot cope with the disease and, when malnutrition becomes complicated, the risk of death is very high.

Many times begins even before a child is born. Pregnancy is a decisive moment to prevent it. A mother who suffers from chronic malnutrition problems is more likely to give birth to an underweight baby and suffer from stunted growth throughout her childhood.

This chronic malnutrition has consequences on the child’s physical and cognitive development and has implications for their education. Malnutrition prevents children from learning typically, which seriously jeopardizes their future, condemning them to continue living in poverty.
Chronic cannot be treated, but it can be prevented. In the so-called 1,000 critical days for life, which range from pregnancy until they turn 2, the essential development of a child occurs. And it is that crucial stage when it is necessary to act. Promoting breastfeeding, hygiene habits, creating We met in a hospital in Nigeria. He was seven months old but only weighed 3.5 kilos when the usual for his age is to weigh more than 6.5 kilos. It is one of the most apparent symptoms of malnutrition.

Hadiza came to this center thanks to volunteers who met her in a vaccination campaign. As soon as they learned her age and checked her size, they realized she could suffer from malnutrition.
You can help us treat children like Haditha against malnutrition. Collaborate! Water and sanitation Causes.

Lack of a single vitamin in your diet can lead to . A lack of a vitamin or other nutrient is known as a deficiency.
Sometimes malnutrition is very mild and does not cause any symptoms. Extra times it can be so severe that the damage it causes to the body is permanent, even if you survive.

Poverty, natural disasters, political problems, and war can contribute to and famine. It is not only the case in developing countries. Facilities, ensuring the access of mothers and children to adequate health care.

Nutrition in Peru: community of experts of Join for these reasons

Diet of Values in Detail – Introduction, Number of Values and More

The Role of food in Fighting Cancer is real?