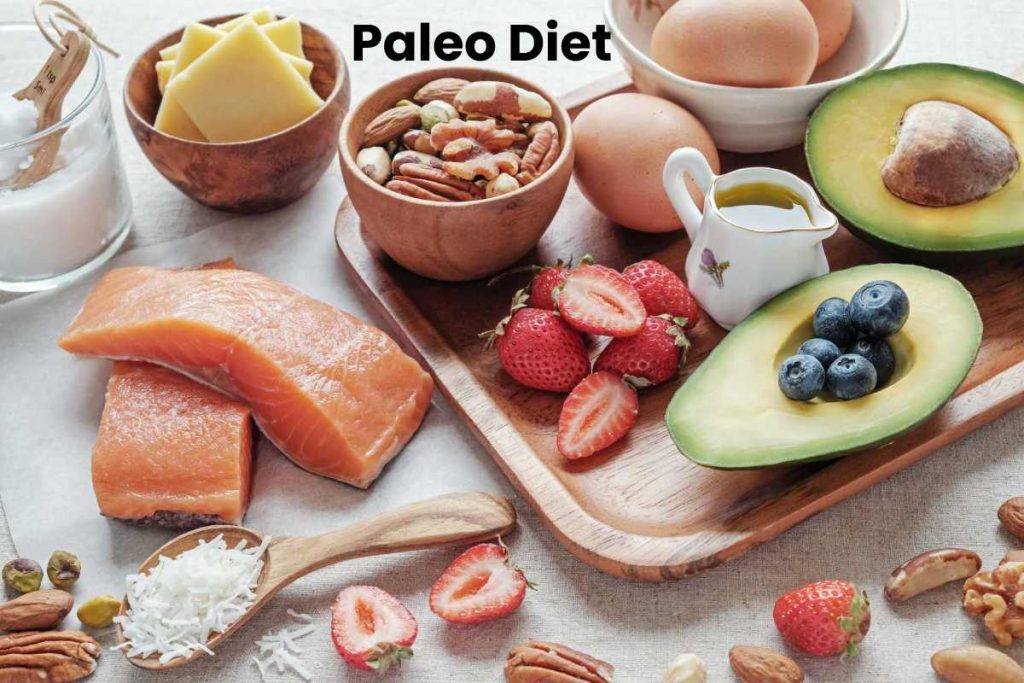 The Paleo Diet focuses on the need to return to eating the food that used to be eaten by the original ancestors, ideal for health.

Paleo meat food options are limited to what can be caught or collected, just as in the stone Age, such as meat, fish, and vegetables.

The Paleo diet is distinct from other healthy diets in the absence of whole grains and legumes, good fiber, vitamins, and other nutrients. The lack of dairy products, which are good sources of protein and calcium.

The Importance of a Paleo Diet

containing plenty of fruits and vegetables may reduce your chances of heart disease, including heart attacks and stroke.

It is also a good source of fiber, which can help reduce the chances of obesity or type 2 diabetes.
You can also get more vitamins a, c, e, which in turn boosts your immune system, which increases your body’s defense against germs and may help prevent cancer and other diseases.

While there is no ideal diet for diabetes, much research suggests that focusing the paleo diet on whole foods may help people with type 2 diabetes control their blood sugar, lower blood pressure, and lose weight.

The goal of the Paleo diet or the stone-age diet is to return to eating, which is very similar to that of the first man.

Agriculture changed what people eat and made dairy products, cereals, and pulses essential to human food.
According to the hypothesis, this relatively late and rapid change in the food system exceeded the body’s ability to adapt. This heterogeneity is believed to contribute to the spread of obesity, diabetes, and heart disease these days.

foods you can eat during the paleo diet include:

In addition to oils from fruit or nuts, such as olive oil, coconut oil, and almond oil. It is worth noting that people who following it tend to choose organic grass-fed meat because it is less processed.

Foods to Avoid on a Paleo Diet

The foods you should avoid are:

Grains, such as wheat, oats, and barley.

The paleo diet or Stone age diet has become one of the utmost common ways to lose weight, so you won’t have difficulty finding daily recipes in books or online.

You can try a one-day paleo diet planner, including:

It is an ineffective diet for continuous weight loss. It can be difficult for individuals to adhere to a diet that prevents many healthy body food items, which earn them many nutrients and vitamins the body needs every day.

Fat and LDL cholesterol can increase over time, increasing your risk of heart disease.

Not getting enough calcium also increases your risk of osteoporosis, rickets, and bone fractures.

Individuals on the paleo diet – especially those with heart, kidney, liver, or pancreas or who want a low-carb diet – should follow up with a Dietitian.

Questions About the Paleo Diet Hypothesis

The researchers believe that the assumption underlying the paleo diet may oversimplify how a person adapts to changes in his diet. however, arguments based on a deeper understanding of the evolution of human beings’ mental needs include:

differences in diet due to geographical area, climate and food availability – not just the shift to agriculture – may also have shaped the development of food needs.

Archaeological research had shown that first-person diets might have included wild grains for nearly 30,000 years before agriculture was known.

Genetic research has also shown that radical changes continued beyond the stone age, including diet-related changes, such as increasing the number of genes associated with dietary carbohydrate cracking.

In several randomized clinical trials, the paleo diet compared to other food plans such as the Mediterranean diet or diabetes diet. These trials generally suggest that  it may offer some benefits compared to diets based on fruits, vegetables, lean meats, whole grains, legumes, and low-fat dairy products. these benefits may include:

However, long-term trials are needed on large groups of participants. Different diets are casually allocated to them to understand the potential public health benefits and risks of the it in general.