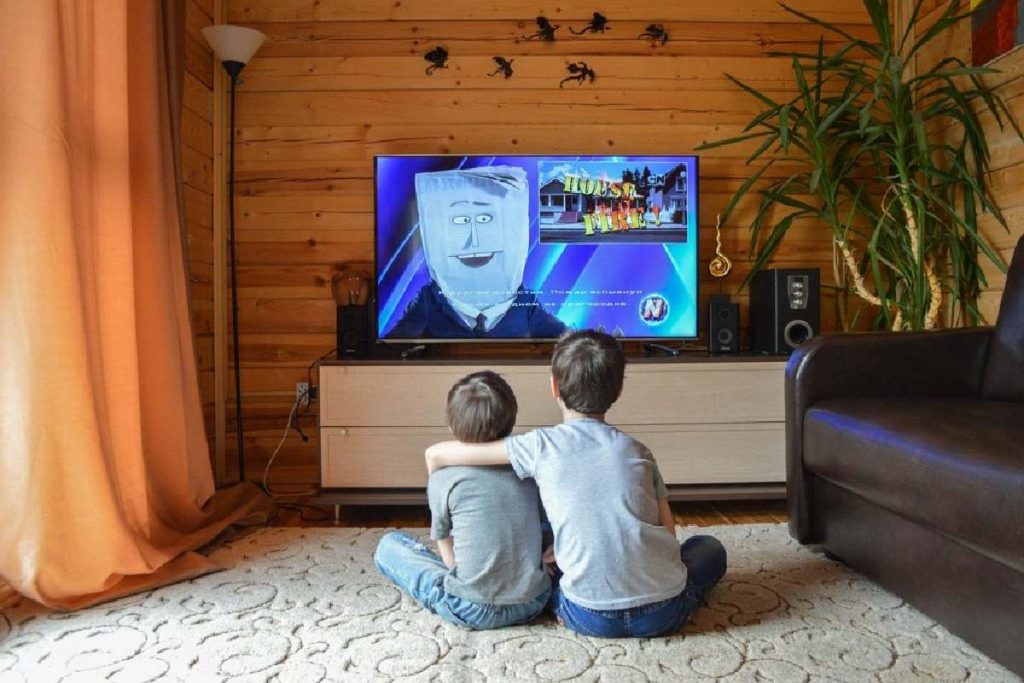 The Positive Impact of Television on Children

Children’s television viewing, within the guidance of parents, has a positive effect in several respects. Including learning about many different topics through educational, natural, and other documentaries,
which attract their interest and help them develop their cultures and knowledge.

Learn about many different civilizations, cultures, and places they may not be able to reach.

Enhance a child’s analytical skills by discussing what is presenting in the media. Gain some positive behaviors, such as exercise, reading, etc., influenced by positive characters, motivating them to achieve important goals and achievements in life.

The Negative Impact of Television on Children

unleashing children in terms of watching television without parental control harms their physical and mental health. It boils down to many of the damages, perhaps the most important of which is the formation of aggressive behavior in the child.

As it has been shown that scenes of violence repeated in front of children while watching television would raise the level of their aggressive behavior (especially among children), through more than 1,000 studies conducted, the child watches an average of 12,000 violent scenes on television each year.

Children are increasingly obese because of their lack of physical activity and eating large amounts of unhealthy meals that affect their health and nutrition.

The Role of Parents in Guiding Children

for parents to keep their children from the devastating effects of television, they must take care of several things, including: choose the right programs for the ages of their children.

In terms of the content they provide, how long they take, and other things, whether they are recreational or educational, and you need to be fully aware of the program, the message it delivers, etc. select the correct times to watch tv, so that they don’t coincide with mealtimes, or bedtimes, as parents should be careful to remove TVs from children’s sleeping rooms.

Be careful to turn tv viewing time into a fun family activity, and not consider it a way to spend free time without any desired benefit.

It hurts the imagination of children.

Some of them become addicted to this device.

It throws the child into a virtual community. Not to mention that staying for long hours watching the. Television does not help him learn or communicate with his surroundings and hinder his movement and play.

Causes developmental delays in children and some disturbances in concentration and attention.
They were causing weight problems in the child because they had not engaged in any physical activity.

Television should not be relied upon as a tool to distract and calm. The child but could also be used to motivate him to discover educational activities if the following rules.

Determine the time a child spends in front of the tv screen. Which ranges from 30 minutes to one hour per day.

Make sure that the programs that are displaying fit his age.

Stay with the child while watching tv and monitoring their reactions to what they are watching.

A mother or father should share his child when watching television to give an interactive dimension to watch. Such as a parent singing simultaneously with the character the child follows in his or her show.