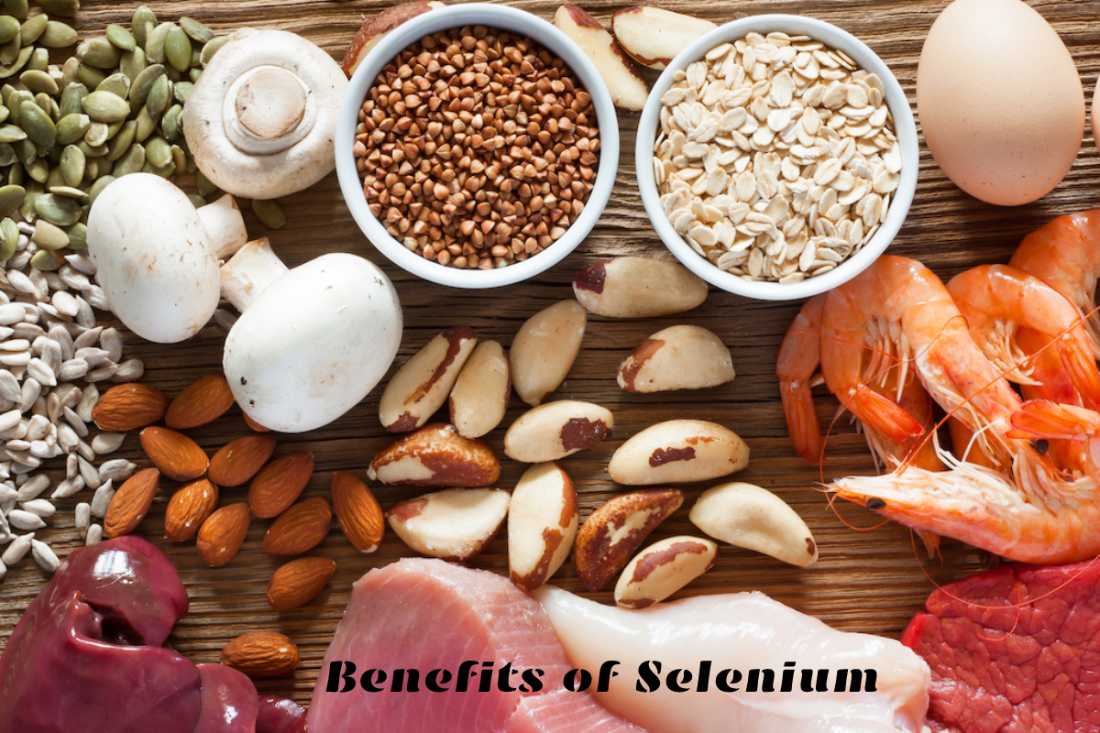 The benefits of Selenium is that it plays an essential role in the body, especially in tissue regeneration and repair of damage due to its antioxidant properties.

Selenium is one of the minerals and secondary elements that the body needs and is usually found naturally in some types of food and in minimal quantities in drinking water and soil.

The benefit of Selenium is that it plays an essential role in the body, especially in tissue regeneration and repair of damage due to its antioxidant properties.

Selenium helps protect the body from various pathogenic free radicals, its entry into DNA production, as well as its role in the functioning of thyroid hormones.

There are many potential benefits and uses of selenium in different organs of the body, the most prominent of which are:

Selenium has the possible ability to prevent cancer in general. It may play a role in reducing the chances of developing certain cancers, such as colon cancer, lung cancer, and prostate cancer.

The effectiveness of selenium may be its ability to prevent DNA damage to cells and its capability to strengthen the immune system and destroy cancer cells.

It is worth mentioning that most studies and research have opposite results, so it is recommended not to depend on selenium supplements for this purpose.

Selenium dramatically helps improve the body’s immunity and strengthens it against various diseases.

It may help slow the development and deterioration of the condition of people with certain diseases, significantly aids.

Selenium may play a role in improving sperm quality in general, helping to improve its movement, boost blood flow to the genitals, and improve sperm performance as it moves through the vagina and cervix.

Some studies also suggest that selenium can play a role in reducing women’s chances of having an abortion.

Selenium deficiency may increase the chances of various heart diseases, so getting enough daily doses of selenium is essential. It may reduce inflammation and prevent fat build-up on the walls of blood vessels.

Still, so far, there is no evidence to support the use of selenium for this purpose.

Many research suggests a close relationship between selenium and thyroid performance, as selenium helps improve the production of thyroid hormones regularly and efficiently to perform their functions to the fullest.

Its value is noting that the thyroid gland plays an essential role in many vital tasks and functions in the body, such as hunger, body temperature, sleep, metabolism, and energy levels.

Protect the Brain and Nervous System

Selenium may help prevent diseases, especially those affecting the brain and memory, such as Alzheimer’s and dementia. It may play a role in reducing the rapid deterioration of brain function in older people.

Some studies also suggest that getting the correct dose of selenium and treating any deficiency may significantly help improve the condition of people with diseases that affect brain function.

Food is a great way to get selenium and its proportion increases in different foods depending on its presence in the soil. Here are the maximum prominent foods rich in selenium in the following:

Seafood and fish, such as tuna, sardines. And also, shellfish.

It is the recommended daily dose of selenium for different age groups:

Children between the age of 4 to 8: 30 micrograms.

Adolescents between the ages of 9 and 13: 40 micrograms.

Teenagers and adults over 14 years of age: 55 micrograms.

The following groups are further likely than others to develop selenium deficiency:

Many people were living in areas where selenium deficiency is expected in the soil.

Here’s some additional information about Benefit of selenium:

Hypercenium occurs mainly when taking selenium supplements, so it is always preferable to get selenium from its natural sources without excessive use.

Selenium may interfere with certain medications, such as chemotherapy, low-fat drugs, and pills, so it is recommended not to take it before consulting a doctor.

Taking selenium at an average dose does not lead to health damage. Still, it may lead to severe symptoms in the event of overdoses where hyperceynium leads to a condition called selenium poisoning, and selenium poisoning may worsen and develop severe diseases and complications, such as heart attack and kidney failure.

These are some of the symptoms that may appear on your patient:

Vomiting, nausea, and the appearance of bad breath.

Redness of the face.

Benefits of Selenium for Hair – Introduction, Benefits and More

Snacking During Cricket – Introduction, Types of Beaks and More

How Alcohol Rehab Can Change Your Life