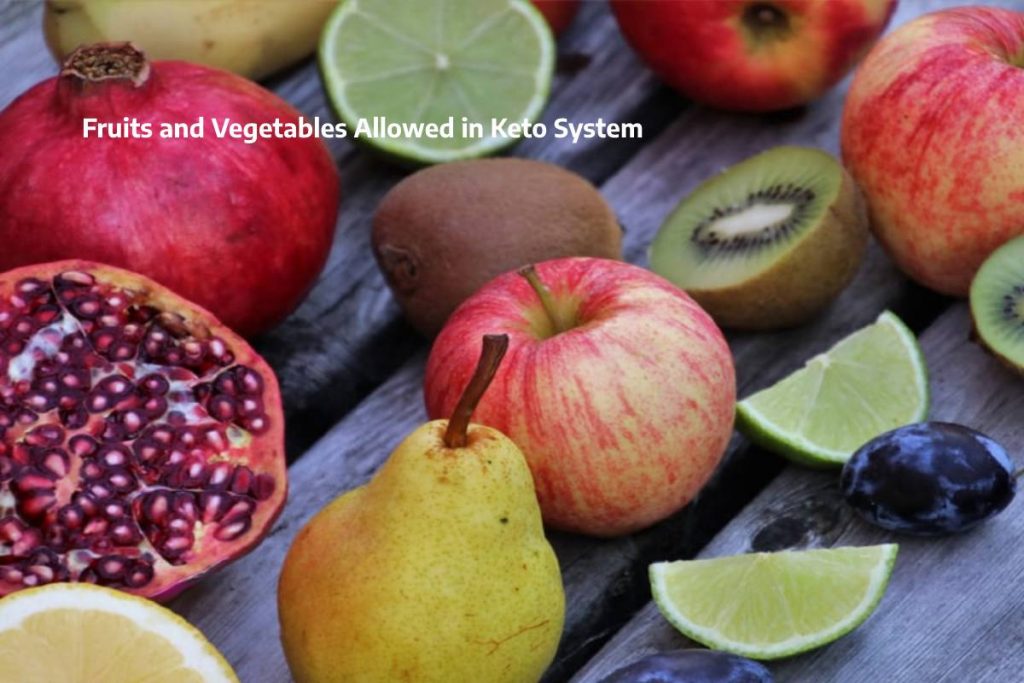 First, you should understand that adherence to the keto system enters your body in a normal ketosis state that stimulates the body to burn fat instead of carbohydrates. The body gets 50 grams fewer carbohydrates per day than before.

To ensure that your body continues to burn fat during the keto diet, ensure you get specific percentages of your food during the day: 75% fat in your daily meals, 20% protein from your food, and 5% carbohydrates per day.
According to nutritionists, fruits contain high amounts of carbohydrates, fiber so all kinds are allowed only to contain a few carbohydrates so as not to exceed 25 grams per day.

avocado fruit is low in calories, making it a good choice for a snack among the main meals.

blackberries add many benefits to your meals as they contain abundant amounts of potassium, vitamin c, and vitamin k.

Some people believe that tomatoes are vegetables, but in some, they are low-fat fruit.

Research on the role of lycopene in tomatoes as a role in preventing the risk of heart disease.

raspberries are known to contain antioxidants that protect the body from free radicals and fight infections.

Polyphenols also help reduce blood pressure and prevent clotting in the arteries, with half a cup containing 3.5 grams of total carbohydrates.

Strawberries have an apparent effect on blood sugar levels as they reduce insulin levels and increase insulin sensitivity in the blood.

Hence, the impact of eating strawberries and following the keto system on type 2 blood sugar patients is certainly evident after consulting a doctor.

In every 100 grams of strawberries, there are 5.5 grams of carbohydrates.

So it always recommends moderate quantities so that a person does not exceed the number of carbohydrates allowed per day.

Watermelon is a fruit allow in the keto system in moderate amounts of melon. It contains slightly high quantities of carbohydrates equivalent to 7.15 per 100 grams.

So it is always recommended to know the quantity’s weight before eating anything, not just watermelon.

Blueberries are also a fruit allowed in the keto system but are not preferred because each half-cup contains 10.9 grams of carbohydrates, a high amount of order, and 1.8 grams of fiber.

Foods Allowed In The Keto System

As mentioned earlier, the fruits allowed in the keto system will now say more allowed foods, such as:

Animal derivatives and fish contained fats such as salmon and tuna.

Most fats and oils are eggs, butter, coconut oil, olive oil, and mayonnaise.

A range of vegetables such as broccoli, onions, cucumbers, spinach, and lettuce.

Most nuts are almonds, pistachios, and hazelnuts.

Fruits And Foods Not Recommended In The Keto System

In addition to the fruits allowed in the keto system, there are unauthorized fruits and other foods, such as: